Working with ordinary materials for a wine photography project

In celebration of having been in this studio for one year, I decided to match the subject of this still life photograph to the festivities. A good bottle of wine – as beautiful to photograph as it was to drink.

Unlike other photography genres, in still life, the variables are not rapidly changing or affected by time (things like light, subject and structure remain in place). You can really take advantage of this and have the ability to stop, take a break to think about any changes or new ideas, and then resume again later. I like to try a few shots, move a few things and then have another go. There is also no excuse not to have crisp and clean photographs.

The carefully positioned, white blocks (pieces of painted, wood shelves) in the image create a unique compositional tone. One that blends in an abstract or artistic feel to the final result but not taking the focus away from the primary image. The white blocks absorb some of the negative space and also guide the eyes of the viewer towards the bottle.

The lighting and focus can be fine-tuned and attention to detail given in order to get those perfect results. I used the side lighting and back light to accent texture and shadow. It’s the shadows that will make your photo look three dimensional and come to life. I created the highlight on the bottle from the gradient caused from light from the softbox placed 45 degrees from the panel reflecting on it. The positioning of the steep, overhead light created the circular reflection on the underside of the bottle. This spot is the light reflecting through the wine, resulting in this interesting, red, halfmoon shape in the final image. This is a strong focal point of the image and it’s hard not to be drawn to the sharp contrast the red brings to the surrounding whites and grays. As small as it may be, it does an outstanding job of bringing the bottle to life, reminding the viewer that there is indeed wine inside.

How to get the label of the wine bottle to show up clearly in the final image? I noticed in some of the earlier shots that the label indicating the origin of the wine at the bottom of the bottle was not visible because to the shadows. Most of the words on the left were not showing up as a result of the positioning of the lights. To solve this I simply took a sheet of white card paper and positioned it horizontally in front of the bottle. After several takes the gold-lettered words appeared in the image. Thereafter, it was a simple matter of brushing this across to the selected image in Photoshop.

Shooting in the studio using this setup cut down the need for major post-production editing. The positioning of the lights produced most of the visual effects I desired for the final image.

To end, I would like to remind you that one doesn’t need a fancy studio, expensive equipment or specially-made props or subjects to make still life photography. In this photograph, I made use of things readily available in your local store. All you need is a good knowledge of using a camera and the editing tools that go with that, a keen eye for detail and creative, and the patience and passion to bring it all together. 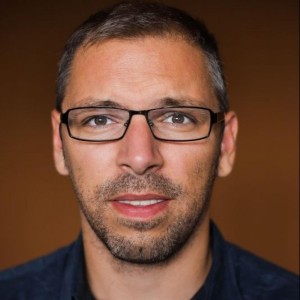 Martin Pitonak
We do product photography. Seeing the positive impact we can create in your business, is what gets us out of the bed every day.

Go to Top
We use cookies on our website to give you the most relevant experience by remembering your preferences and repeat visits. By clicking “Accept”, you consent to the use of ALL the cookies.
Cookie settingsACCEPT
Manage consent

This website uses cookies to improve your experience while you navigate through the website. Out of these, the cookies that are categorized as necessary are stored on your browser as they are essential for the working of basic functionalities of the website. We also use third-party cookies that help us analyze and understand how you use this website. These cookies will be stored in your browser only with your consent. You also have the option to opt-out of these cookies. But opting out of some of these cookies may affect your browsing experience.
Necessary Always Enabled
Necessary cookies are absolutely essential for the website to function properly. These cookies ensure basic functionalities and security features of the website, anonymously.
Functional
Functional cookies help to perform certain functionalities like sharing the content of the website on social media platforms, collect feedbacks, and other third-party features.
Performance
Performance cookies are used to understand and analyze the key performance indexes of the website which helps in delivering a better user experience for the visitors.
Analytics
Analytical cookies are used to understand how visitors interact with the website. These cookies help provide information on metrics the number of visitors, bounce rate, traffic source, etc.
Advertisement
Advertisement cookies are used to provide visitors with relevant ads and marketing campaigns. These cookies track visitors across websites and collect information to provide customized ads.
Others
Other uncategorized cookies are those that are being analyzed and have not been classified into a category as yet.
SAVE & ACCEPT
Previous
Next
Previous
Next